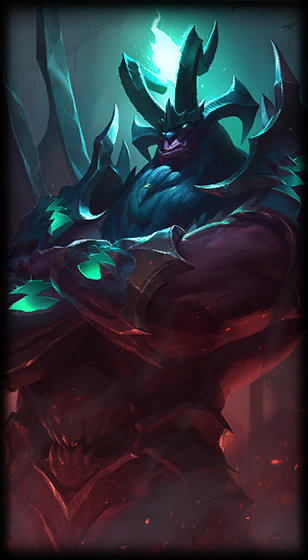 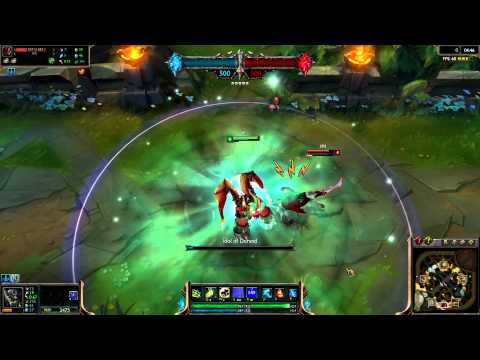 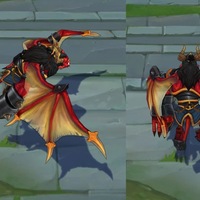 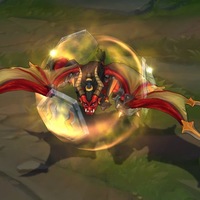 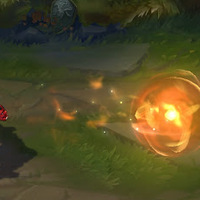 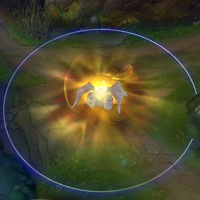 wheres the BACK ANIMATION﻿

i just got this skin in my hextech chest <3﻿

so... rito had the chance to put a nice recal animation on an outdated legendary but they didn't why?﻿

It's better with red fire effect, not this green inferno effect﻿

Unless Riot logic goes "new VA, legendary skin", I can see this skin getting a price reduction soon.
Though I have it myself and its my favorite skin for my favorite mid.﻿

I have no problem with this skin actually except for the ult! it used to have a nice explosion/shockwave effect that looked really badass! why would they remove that??﻿

so... why the hell is this skin worth 1820, again? it's basically galio's version of vi's "demon vi" skin. riot really shit the bed on this one.﻿

I don't see the difference between normal Galio and this Galio...
Reskin and voice effects aside... wtf is different? Are there ability effects? I noticed the lack of leaves on his gust ability.
Good job rito, really hard to remove a leaf or two from a single ability then charge 20 bucks.﻿

ppl rito did this so that there won't be any fps drop in trashy computer you can change the spell effects in settings to very high anyway what rito is achieving by doing this is to have people with trashy comp to play league more comfortable without having an issue in fps drops and besides the effects isn't that bad it's actually good, somehow.﻿

Yup, this sucks. Good job riot, u just had to change the perfect skin. Good job﻿

In my opinion (since i own this skin) This skin needs a serious makeover. When you look at the other ultimate skins like pulsfire you see huge changes in animations where as here its slightly changed color and not much else. There is so much they could do with galios entire kit.

Lets assume were gonna go with a red color scheme for this skin just because his skin color i red. OK so for his Q there isn't really much that can be done in the ways of particles but changing the color to red, and making it look like a wil-o-wisp would be kinda cool in trying to stick with an undead / gatekeeper to the underworld type of skin. His W could change the shields orbiting the player into mini ghosts with tiny chains hanging from their arms like damned souls. His E could be fun to mess with. The air current would be red, and there would be damned ghosts running the length of the pathway created. His ultimate I always imagined showing the gate he was watching over opening. I envision it to be a crypt you'd see in a typical graveyard where its like a stone house thing with a stone door. It'd be opening behind galio with a reddish glow coming from behind the crypt or tomb door. The edges of the ultimate could be the metal picket fences you see surrounding some really old graveyards with a few tombstones thrown around the aoe. To me this would make the skin worth the amount I had to pay for it (in 2013). Let me know what you guys think of my idea for galio.﻿

Butchered the ultimate. Pretty much a recolor now, already have my refund request ready.﻿

skills look the same as the normal galio skills. "Legendary"﻿

they new skin is better, but the effects looks bad u_u﻿

I liked the red coloured Q but this ones still okay.  It would have been cool if they could add the 'souls of the damned' effect for his E (imagine Karthas E or Reaper Soraka E).  At least his Ult still has the glowing eyes.  Still regret buying it tho.﻿

The old effects had a better look imo﻿ 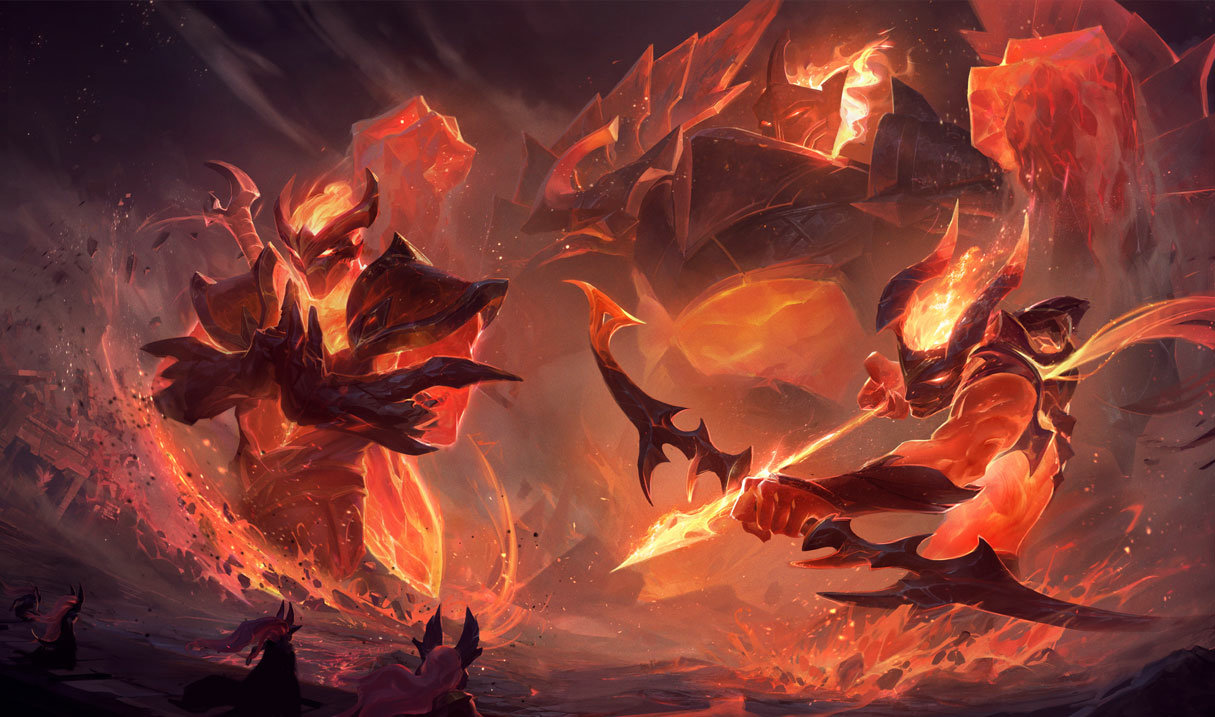 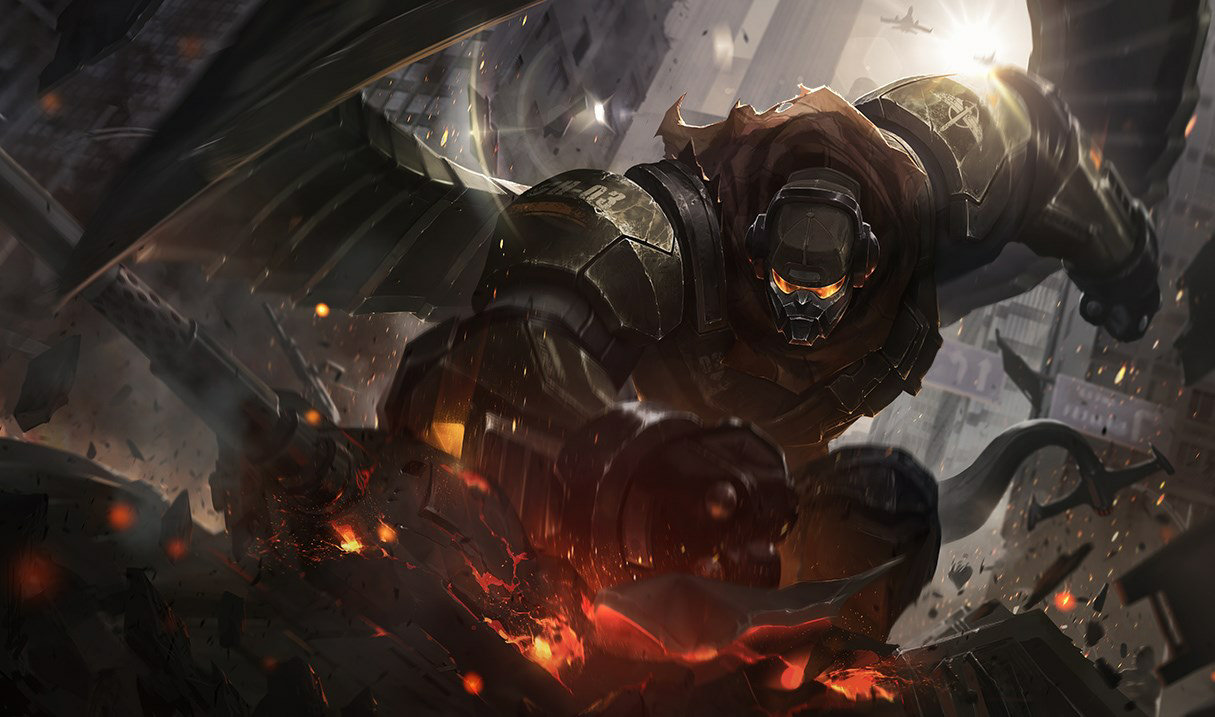 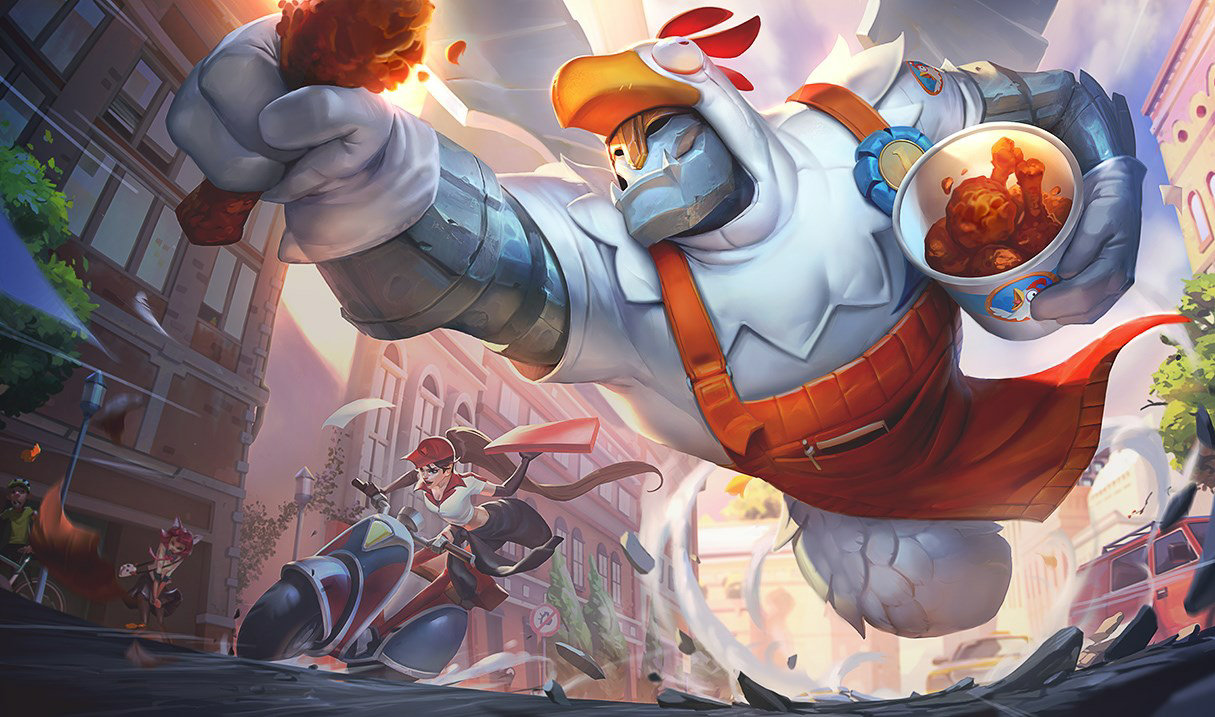 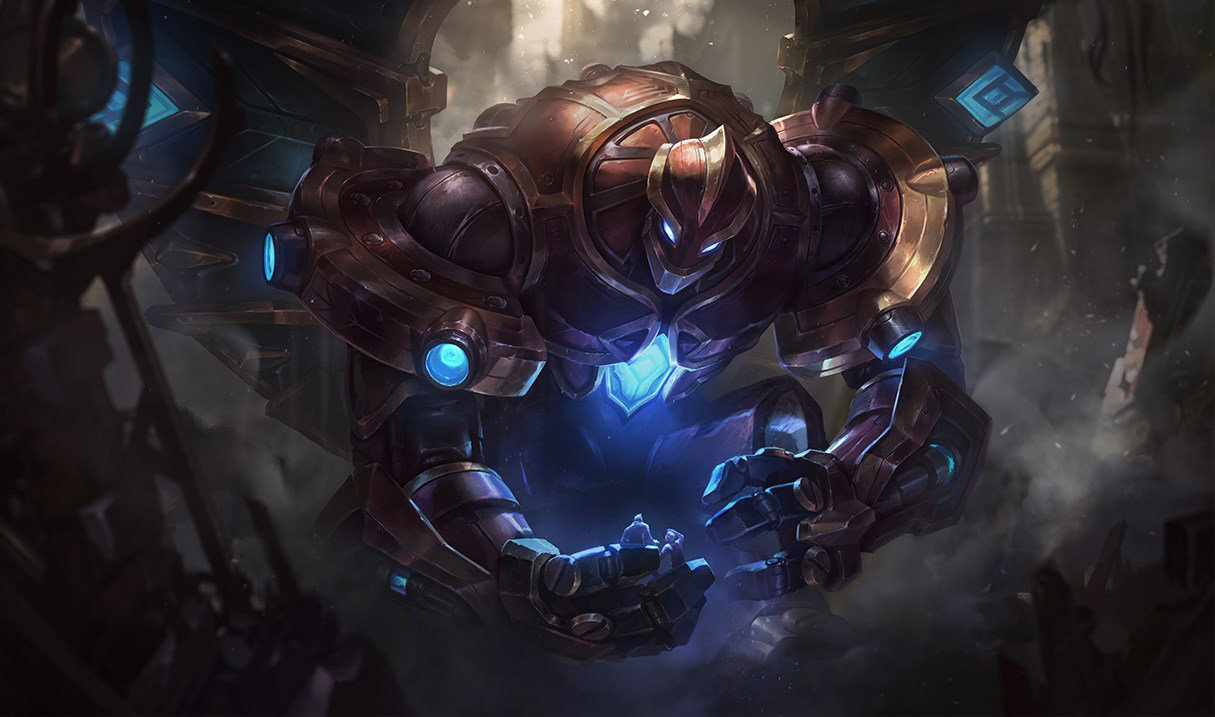 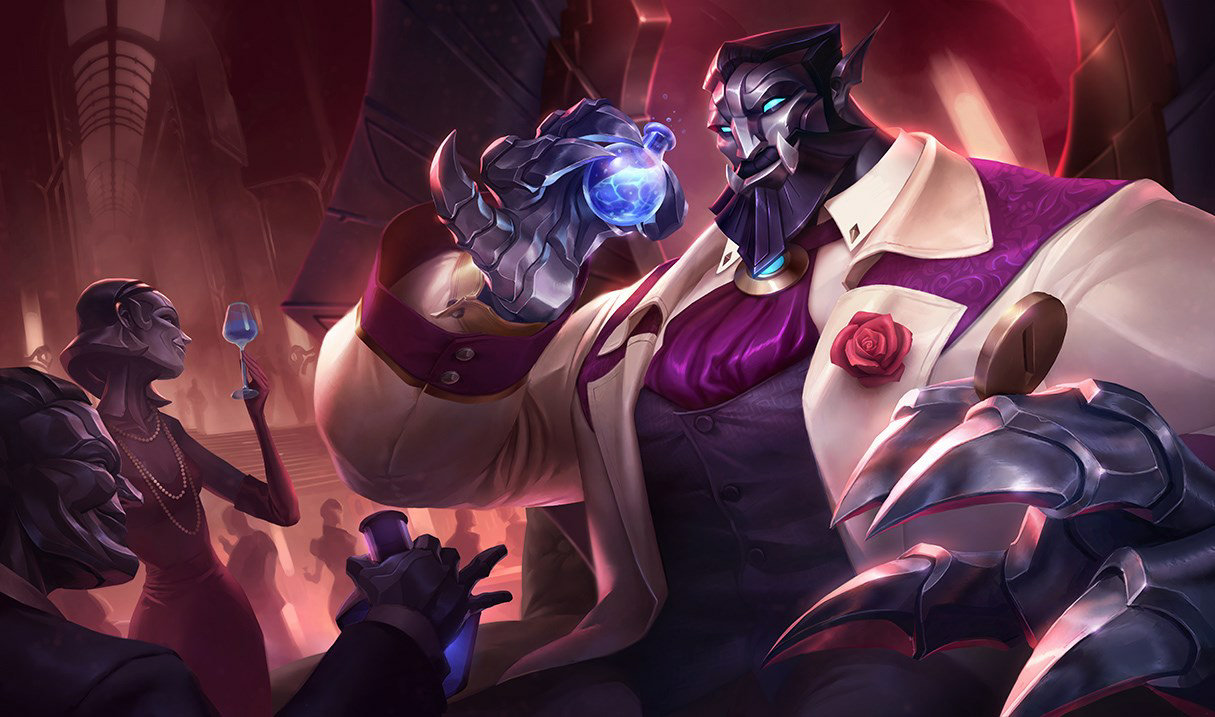 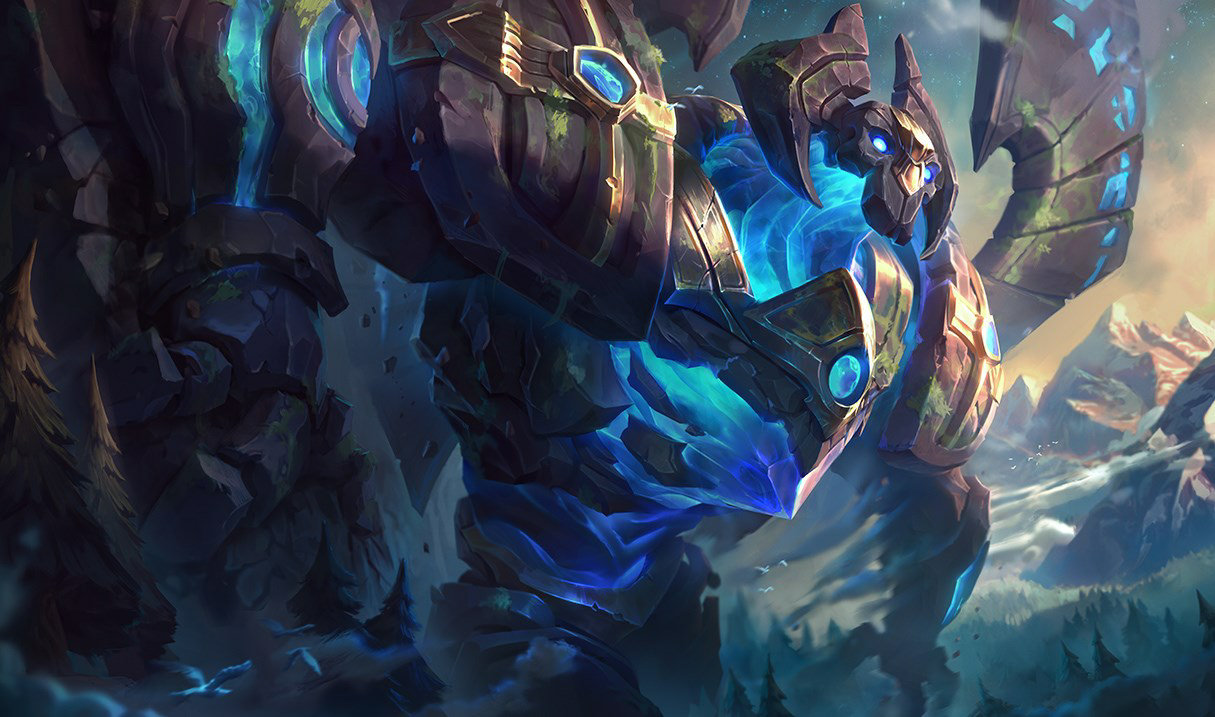